How to Pack for Any Hunt

How to Pack for Any Hunt

Lighten your load where you can, but there’s no need to deprive yourself

I recently heard from Steve Netherby, who wrote about camping for Field & Stream from the 1970s until the 1990s. After a ritual exchange of insults, we swapped information, and I was pleased to hear Steve admit that in all his years of putting one foot in front of another, he never really got the hang of packing light. Ironically, Steve started writing on the subject at just about the time that backpacking—as opposed to camping—was becoming popular, due largely* to the development of truly lightweight equipment.

Prior to that, only the barking mad backpacked for fun. Much of the equipment available was World War II surplus, and was designed for 22-year-olds who were in excellent physical shape and probably going to die soon anyway. But then other, less fit, older, non-moribund, people got into it, and soon we were drilling holes in toothbrush handles and clipping the labels out of our shorts to save weight.

One situation where you must pay attention to the weight of your stuff is if you’re going to Africa. Ironically, a safari requires less stuff than any other type of hunt, but if the airline you’re flying says your total is 40 pounds, you better not show up with 41 pounds. Usually they don’t bother to check, but you never know when you’re going to get an agent at the counter who doesn’t like hunters and decides to be a jerk about your luggage weight. Pay particular attention to your ammo. The weight limit is 11 pounds, which is ample unless you’re shooting a .50 BMG or are a really lousy shot. Know to the ounce how much you have.

Anytime you have to carry your stuff yourself, then you have to pay attention to weight. The Army has determined that the limit that a soldier can carry and do all the wonderful things a soldier has to is 50 pounds. No branch of the service pays any attention to this, and the usual combat load is anywhere between 75 and 120 pounds. Much of this is ammunition, water, and batteries.

You should not carry this much. The way to reduce your ruck is to chip away at it. Think in small strokes, not broad. Before you bring something along that’s marginal, ask yourself what kind of trouble you can get into if you don’t bring it. If you’re going on a guided hunt, the odds are you don’t need it because your guide is going to keep your silly self out of trouble.

Are you going with other people from whom you can scrounge in an emergency? How miserable will you be if you have to do without it? Are you going to be far from civilization, or Wal-Mart? Is what you are cogitating on small and light, or bulky and heavy? Have you taken this item on previous hunts and never used it?

By this process you will figure out what you can skimp on and ways to save weight and space. For example:

Binoculars. In Maine, most of the time, you don’t need them. But how can you hunt without binoculars? I pack an old, small, light binocular, not a big powerful glass.

Silk or wool undershirts. Wear these and you won’t stink, so you only need to bring one or two. Wear an “odor-proof” synthetic and you’ll reek like a wet goat within two days.

A large, real-silk bandana. Tucks into no space at all and weighs nothing. Cowboys found it indispensable, even though they did not know what indispensable meant and could not pronounce it.

Ammo. More than 20 rounds and you should probably be locked up on grounds of deficient judgment. Are the animals shooting back?

You will also learn which things you can’t be without. For years, I brought a sheepskin saddle pad on all my horseback hunts. It didn’t weigh much, but it took up a lot of space in the duffle bag. Even so, I would not be parted from it. The thing saved me untold anguish, and usually before the hunt was over I’d have a couple of cash offers for it.

Always observe Ted Trueblood’s Dress Code: It will be too hot. It will be too cold. It will rain. Its corollary is (Grits) Gresham’s Laws: If you don’t bring it, you can’t wear it. And. If I didn’t bring it, it’s because I don’t own it. Grits would drawl these very forcefully, with the emphasis precisely as I have it, and so must you.

To paraphrase Frank Costello: We are all departing. Pack accordingly.

*The other driving force behind backpacking was a book entitled The Complete Walker, by a transplanted Brit named Colin Fletcher. First published in 1968, it’s still in print, and now in its fourth update. Fletcher, who was a former Royal Marine Commando, was the first man to hike the length of the Grand Canyon, among other lengthy perambulations. He was a writer of wit and eminent common sense, and his book is still the bible on the subject. He was not a hunter, but then no one’s perfect. 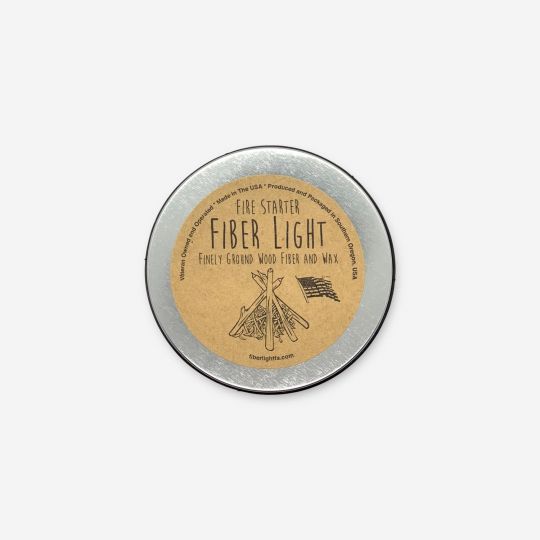 Rain or shine this fire starter will be there for you. Quick to light and dependable, it is the only fire … 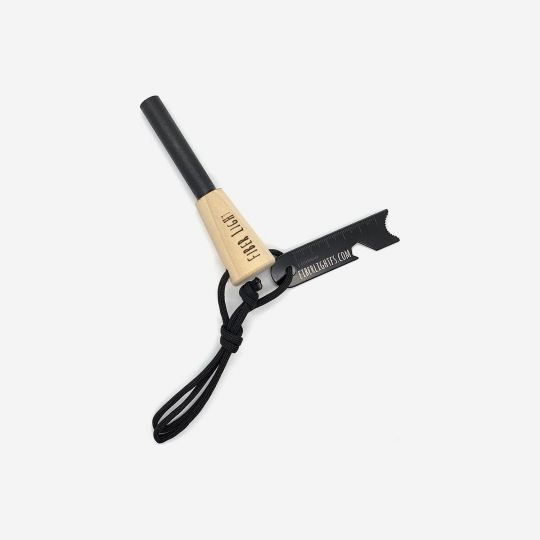 Let sparks fly with this top of the line hefty fire steel. Do not worry again about your ability to make a…