Not a lot more a has to be written to elicit some kind of emotion. For me, I’m instantly taken back to when I first heard, and I drove right to my mom’s work. Funny how our moms can make us feel safe, even as an adult Marine. My feelings, your feelings or anyone’s feeling are all similar, involving some variation of helplessness. At that moment, all on the ground were experiencing vulnerability. Fast forward all these years later, and we are no longer helpless. We cannot undo the past, but can honor those that died and those that live broken today because of it. This past September I was invited to be part of an event that remembers the past and honors it by climbing one of New Hampshire’s 4000’ mountains and flying a flag. New Hampshire has 48, 4000’ (or taller) mountains. The tallest of these 48 is Mount Washington at 6288’. The event is named “Flags on the 48”.

On September 11th, 2001 the consciousness of United States of America was undeniably altered by overwhelming and devastating acts of terrorism, so far reaching in their intensity that our country will forever carry the scars. Thousands of lives were lost in a fleeting moment, immeasurable families shattered and countless hearts broken. We in the hiking community continue to honor the deceased with a tribute: flying the American flag atop all 48 four-thousand foot and higher mountains in New Hampshire on Sunday, September 11. By demonstrating our steadfast unity in this challenging endeavor, we also hope to express our unwavering support to the families, friends and communities whose losses are beyond comprehension and whose suffering we remember in our hearts. (from flagsonthe48.org)

Open Doors Outdoors, a non-profit supported by Go Gear Direct was invited to participate in this years event, and we jumped at the opportunity.

Open Doors Outdoors (ODO) is a non-profit that takes veterans into the outdoors for re-connection, healthy activity and healing. Our invite came from a Massachusetts State Trooper, Mike York, who is a Marine Veteran as well. Mike shares the belief that getting veterans into the outdoors has lifesaving benefits not only for vets, but for all of us. Mike’s a pretty special guy. Marine, father, husband, son and patriot. He signed up with “Flags on the 48” and requested North Twin as our 4000’. He picked that mountain because his US Army Veteran dad had already hiked 47 of the 48 4000’s and was going to finish his 48th while honoring our lost brothers and sisters that died on 9/11. “Shortly after 9/11 a small group of people summited Mt. Liberty, NH and raised the American flag. In 2002 an official group was formed and called ' Flags on the 48 '. The group raises an American flag on the summit of each peak from 12 - 2pm on the closest Saturday to 9/11. It has been established that getting veterans out into the woods and hiking is good therapy.

"My son Michael Edward formed a group called Veterans on the 48 and this year he led a team of Veterans up North Twin to raise the American flag and honor those who lost their lives 18 years ago." -Greg York (Mike’s dad) 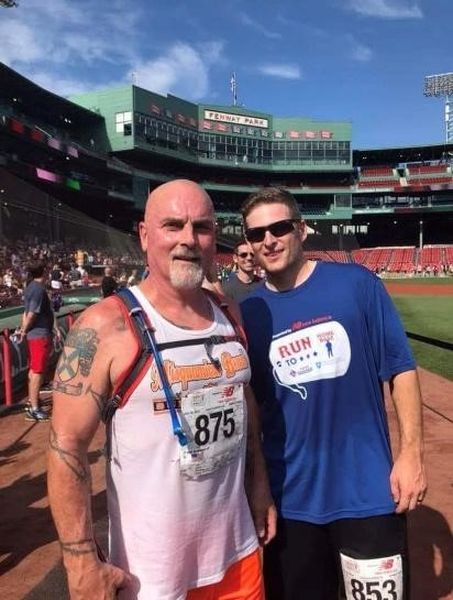 Take any group of vets and it’ll always be the same. All shapes, sizes, ages and scars. Some of our scars are our own bodies, and others on our hearts and minds. No matter where we are broken, in that moment we are all whole. We all showed up to demonstrate our support, but some of up showed up because only with a group of fellow veterans can you go back in time. Listening to the stories from the younger veterans or being shocked by what the older vets had to experience. It’s always the same old story with them, “You guys had it so easy compared to when I was in.”! Makes me smile just thinking about it.

I’ve only seen a couple of the vets I met that day since, and may never see some of them again, but that’s how it goes. However, that cold, windy, rainy day that 13 veterans hiked a flag and flag pole to the top of a 4000’ mountain will always bond this group of rag tag vets together. 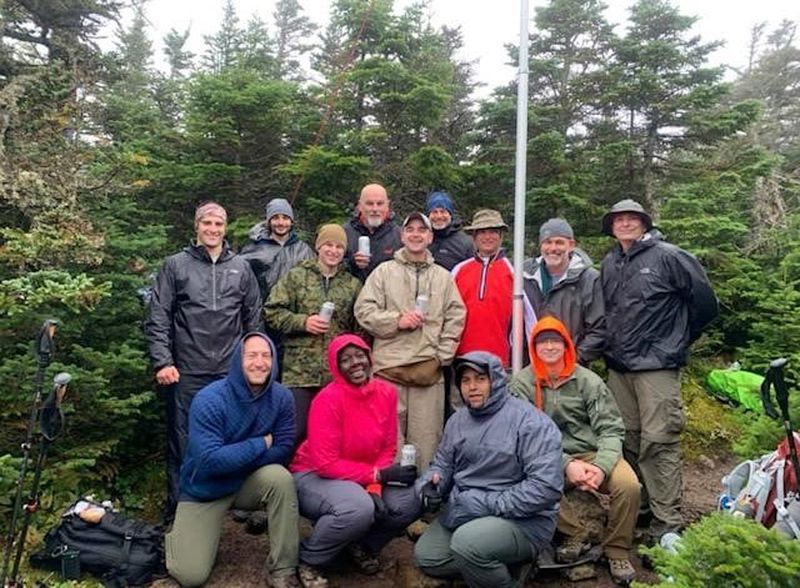